Connecting With Your Gestational Surrogate During the Surrogacy Process: A Parent’s Story 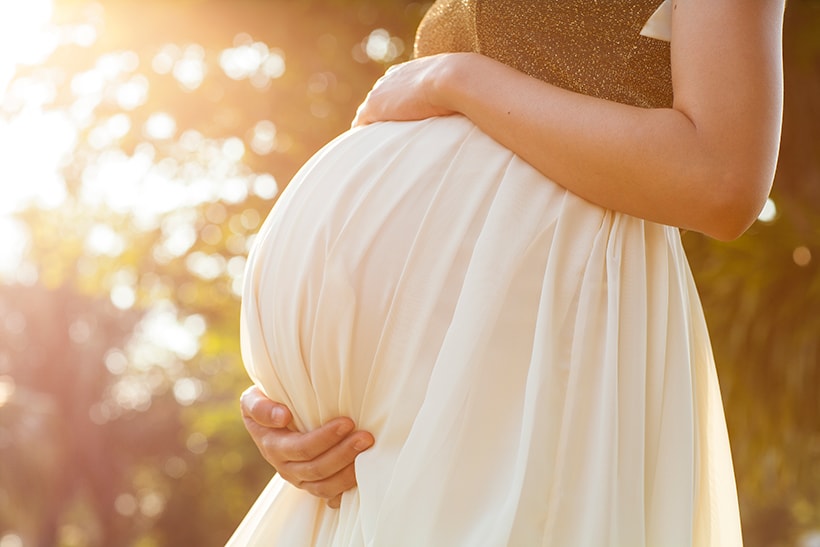 You've decided to move ahead with creating your family by working with a gestational carrier. A gestational carrier or gestational surrogate is a woman who has a previously created embryo (using an egg donor and intended parent’s sperm) transferred into her uterus, becomes pregnant, and then carries through birth.

The terms surrogate and carrier are used interchangeably. Does that decision lead to more questions, including ones about what type of relationship you will have with the woman who will help bring your baby into your family?

Jeff Levin is a Gay Parents To Be Notable Contributor and a Family Planning and Health Coordinator at the Lesbian, Gay, Bisexual and Transgender Community Center in Manhattan. His work currently focuses on providing family building services for intended LGBTQ parents. Jeff also used the same gestational carrier to carry his two sons to birth. Jeff shares his personal family building story about the relationship with their gestational carrier. Thanks, Jeff!
—Lisa Rosenthal

First, there’s the pre-birth portion of the relationship. This part includes the lead up to pregnancy as well as the pregnancy itself. Then there’s the post-birth stage, which is much longer. In fact, it lasts for the rest of your lives after your child is born. You may think you know going in how connected you want to be in both stages, but these relationships are like many others—you don’t know what it will be like until you’re in it!

I’m an outgoing person, more so than my partner, and a good talker as well, so I was the designated contact. It wasn’t much effort for me to pick up the phone and check in every week with our gestational carrier, Jenny. Most of our communication came from me calling Jenny rather than the other way around, and it seemed that was comfortable for all. She was in a state far away from our New York City home, too far for us to visit for doctor’s appointments, so calling was the best way to learn the latest news. You can use email and text as well, but for some, that will not fulfill the need to hear her voice and participate from afar.

Take your cue from your surrogate. If she doesn’t want to talk with the same frequency that you wish, then discuss it, and the regular check-ins can be short and sweet. If your communication is awkward or strained, you may begin to feel awkward about it. In that case, you’ll need to ask her directly how she feels about communicating and let her tell you what she needs while also expressing your own needs. If you’re using an agency, ask the staff there for advice on your approach.

Jenny was good about telling us that she was feeling the baby kick (which was very reassuring), when she was experiencing cravings, and in general how it was all going. We sent a gift on her birthday, and she emailed some pictures now and again so we could see her belly getting bigger. Jenny also shared with us her experiences in explaining her pregnancy to those around her, a topic that I had not spent much time thinking about and one that she faced daily. Jenny knew what she was doing and why, as this was her second time around as a gestational carrier. She knew the ropes and that made it go even more smoothly.

I made sure to ask about her boys regularly, as it was clear that they were a big part of this journey for Jenny, and it was a way for me to learn about her life. “This baby is for Jeff and Andrew,” she informed them. They were about four and six years old at the time, and it excited them to no end that their mother was helping someone who needed it. In turn, she talked about her ups and downs with parenthood. Both of her sons played a sport, and the older one was a sleepwalker, which resulted in a funny story now and again. Finally, we talked about family a lot. She has a large family, one that experienced some drama. We sent her boys birthday gifts and lots of holiday treats at Christmastime. They were always appreciative. We did go to visit her once for the 20-week checkup of our older son. Again, we felt it best to show our support in any way possible.

When our older son was born, we gave Jenny and her husband a camera as a thank you gift. It seemed appropriate given where they were in their lives, with two young sons and lots of activities and occasions to mark. When our younger son was born, we showed our gratitude by giving them and the kids a four-day trip to New York City to visit us. It was the best way we could think of to give them something they would appreciate while at the same time keeping our connection going. They happily accepted. We did a bunch of touristy things together that we, as New Yorkers, hadn’t done, and we enjoyed hosting our guests as they took in Manhattan, a place that they had not been before. Not all parents will want to give such a gift, but we felt it was right for our family, and the trip was a success.

Jenny carried both of our boys for us, one at a time, and for that, we are eternally grateful. For the first couple of years after our younger child was born, we were vigilant about sending flowers annually on both of our boys’ birthdays. This seemed like a nice way to let her know we were thinking of her. We were also good about photographs now and then as well as holiday cards, and we would talk once every couple of months.

Jenny and her family came to New York one summer about two years later. We had a great time showing them around the city and doing fun activities. It was a wonderful way for us to show them how our boys were growing up and for them to do the same. Kids are kids and although Jenny’s are a few years older than ours, a connection exists, if only by name and a few memories. My sons know the basics: that Jenny is the lady who “helped them get born,” and that she has two boys of her own. As my kids grow older, that story will become more complete, with appropriate details, but for now, they know that someone with a name and a face helped us build our family.

Our younger son is now five and one-half years old, and life is full and quite busy. School, play dates, birthday parties, lessons, and so many activities fill our days. Sleep can be challenging at times, and getting time for myself is just not the same as it was before I was a parent. I remember to send Jenny photos from time to time or simply to shoot a text to Jenny asking how she is. When I can remember to send flowers on my kids’ birthdays, I do it. In the last year or two, sharing these two birthdays with her from a distance has slipped my mind or I remember too late.

I feel guilty at times. Given the work that I do, I sometimes hear of families meeting up with their surrogates and having vacations together or being a regular part of each other’s lives. Shouldn’t I be communicating on a regular basis? Wasn’t her generosity worth us showering her with a lifetime of birthday acknowledgments and regular check-ins?

I’m slowly coming to terms with the idea that Jenny did not help us so that she could have flower deliveries twice a year, Christmas cookies from Dean & Deluca, or even regular phone calls from me telling her how my kids are doing. She did this to help us become parents. Regardless of our ongoing relationship, that will continue to be enough for her. And it's enough, more than enough, for me as well.