The NY Times published an article recently about the lack of fertility benefits available to same-sex couples, or single women, who do not have a diagnosis of infertility (i.e., endometriosis or premature ovarian failure) but instead require fertility treatment because they lack the necessary body parts to make a baby. The article specifically addressed the needs of lesbian couples who must use donor sperm to conceive a child and need a doctor to perform Intra-Uterine Inseminations (IUI’s) but I think the question is also applicable to single wannabe parents and gay men.

The question presented in the article is whether a lesbian couple should be able to receive fertility treatment paid by their health insurer even though they don’t meet the policy’s definition of infertility. I guess you could sum it up as a question of does “social infertility” (as inapt as that terminology may be) meet the definition of “medical infertility” and/or should social infertility be deemed another type of infertility that would require the insurer to provide benefits? This is in part a simple issue of fairness that comes down to how the policy is worded and the fact that coverage is mandated in New York. But the simple answer still leaves significant concerns that there should be a faster, more affordable, and perhaps safer way for those who lack the parts necessary to conceive a child to become parents.

Is it really right to differentiate between the heterosexual couple whose male counterpart has no semen and the lesbian couple or single woman who has no semen?

The insurance policy referred to in the NY Times article stinks for two reasons. First (as I will explain in a moment), the policy is written poorly and on its face discriminates against gay and single parents. Second, if you re-write the policy to be more equitable in its treatment of wannabe parents in New York, there remain problems insofar as gay, lesbian, and single wannabe parents still would have to jump through hoops which heterosexual couples would not.

New York State Mandate Should Apply To Everyone

The first constitutional issue I see is that if New York State requires health insurers to provide coverage for the diagnosis and treatment of infertility, because this coverage is mandated, it should apply to everyone regardless of their gender or sexual orientation. In other words because heterosexual couples are provided mandated coverage for IUI’s so too should same-sex couples or singles.

The question next boils down to something very specific in the language of the insurance policy discussed in the NY Times article. That policy at issue defines infertility as the “inability to achieve pregnancy after 12 months of unprotected heterosexual intercourse.” (emphasis added). To qualify for access to the coverage, you must be engaging in heterosexual sex, something which by definition same-sex partners and single wannabe parents are not able to do. If the policy read that infertility is defined as the “inability to achieve pregnancy after 12 months of attempts at conception” . . . well then the bottom line is that everyone has access to coverage if they have been trying to conceive (“TTC”) for twelve months. There is no placing heterosexual couples on different footing than same-sex couples or single people: everyone must try for 12 months (or have an otherwise diagnosed cause for their failure to conceive in fewer than 12 months) and then they are entitled to coverage. On its face the policy as worded is discriminatory as same-sex couples and single men and women, by definition, cannot meet the requirement that they engage in heterosexual sex. If coverage for fertility services are going to be made available to New Yorkers, it must be made available to ALL New Yorkers, including those who cannot engage in heterosexual sex.

But even assuming the policy is written in a more neutral manner, there still remains an issue of whether it is even appropriate to place same-sex couples on the same footing as heterosexual couples. Same-sex couples lack all of the necessary body parts to conceive a child, whereas heterosexual couples have everything they need (assuming all is in working order). This standard of requiring someone to TTC for 12 months when they lack the necessary parts to conceive a baby is unduly burdensome to same-sex couples (or singles) who cannot engage in any meaningful effort at TTC for one month -- let alone the twelve months required by the definition of infertility -- without medical help!

Why 12 Months of TTCing is Dangerous to Same-Sex Couples

Moreover, the 12 months of TTCing has a potentially dangerous consequence for lesbian couples and single women.  From a legal standpoint lesbian couples or single women are ill-advised to engage in home insemination. New York has a sperm donation statute which effectively terminates a sperm donors parental rights if the insemination is conducted by a physician. Although the statute is written to apply to married heterosexual couples, there is a good body of law in New York that indicates the statute is applicable certainly to any married or unmarried couple in New York, and possibly to single intended parents as well. By requiring lesbian couples or single women to engage in home inseminations, these women are being denied the benefit of a statute which terminates the sperm donor’s parental rights. It is neither fair nor appropriate to require someone to have a child when there is a risk that they might wind up having to parent a child with someone who was never intended to be a parent. Sperm donors are supposed to be donors without parental rights and the sperm donation statute in New York is intended to protect that intent. The insurance policy and its 12 month of TTCing requirement for all New Yorkers winds up discriminating against same-sex couples and single women by denying them access to the care which would protect their parental rights and simultaneously deny parental rights to the sperm donor, whose participation in their conception is necessary.

Indeed, from the standpoint of making sure heterosexual and same-sex couples are on a level playing field, the heterosexual couple who must use a sperm donor to conceive a child is no different from the same-sex couple or the single parent. They all lack the sperm which would enable them to conceive a child. How are New Yorkers being treated equally when this definition of infertility requires same-sex couples or singles to engage in activity (home inseminations) which presents risks to the recognition and preservation of the intended family unit (by denying them the benefit of the sperm donation statute), when similarly situated heterosexual couples – similarly situated in that all these wannabe parents lack semen necessary to conceive a child – will have access to the benefit of the sperm donation statute. Even more, there is a financial component to this discrimination as well. These intended parents without sperm are not on the same level financial playing field. The heterosexual couple without sperm is given access to paid fertility treatment when the other parents are denied access to the benefits of this insurance and will have to pay more to conceive their child. None of them have sperm. Why does one intended parent have to risk more and pay more to become a parent, than any other intended parent?

The answer is that in a fair world, no one would have to risk more or pay more. If you lack a body part (or component of a body) needed to become a parent, you should have access to the medical care you need to become a parent. The definition of infertility should be broad enough to encompass everyone who needs help having a baby not just heterosexual couples.

The bottom line is (in my humble, personal opinion which is moderately informed by my career as an attorney) that, in order to avoid treating same-sex couples and single wannabe parents differently than heterosexual couples who are trying to become parents, we need to redefine infertility.

While I did not discuss the issues same-sex male couples face when trying to conceive – they far surpass those of their female counterpart in complexity and expense – I believe the arguments I have mentioned apply to them as well. 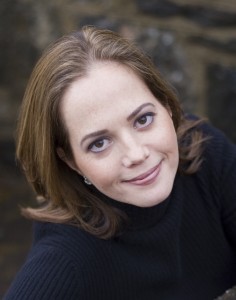 Known by most as The Stork Lawyer®, Elizabeth Swire Falker (“Liz”) graduated from Wellesley College and The Benjamin B. Cardozo School of Law, where she earned a Jacob Burns Medal for scholastic achievement. After undergoing seven years of assisted reproductive technologies and adoption in an effort to create her own family, in 2004, with the publication of her first book, The Infertility Survival Handbook (Riverhead), she transitioned her career from commercial litigation to focus solely in the areas of reproductive and adoption law. Liz also owns an Egg Donor Advocacy Agency (The Stork Lawyer Connection™), and is co-owner of an escrow management agency which exclusively services the third-party assisted reproductive industry (The Stork Escrow Management Connection, Inc. ™). To critical acclaim, in 2006, Liz published her second book, The Ultimate Insider’s Guide to Adoption (Warner Books). She also has published two law review articles including, The Disposition of Cryopreserved Embryos: Why Embryo Adoption is an Inapposite Model for Application to Third-Party Assisted Reproduction, 35 William Mitchell L.R. 489 (2009). Inspired by the success of her blog which has been listed by the American Bar Association among its directory of best legal blogs, Liz currently is finishing up the first part of an E-Book series demystifying third-party family building.