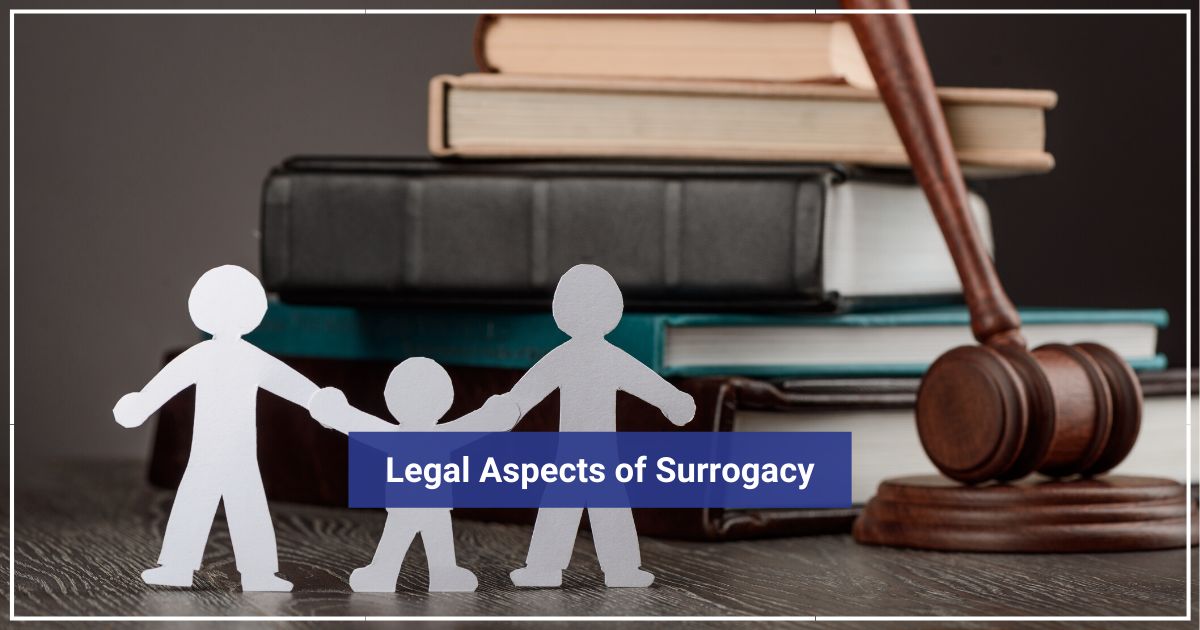 Avoiding surrogacy’s legal pitfalls is easier than you think...

As a future intended parent (IP) you’d be forgiven for hearing Madonna’s “I’m keepin’ my baby” lyric playing in your head. That song, “Papa Don’t Preach,” caused quite a stir in 1986, drawing ire from anti-choice groups and feminists alike.

Madonna built a career on pissing off people from opposing ideologies—and promptly ignoring all of them. And just like Fabulous Miss M be prepared to tune out those boo-birds and stay true to your ultimate mission: starting a family.

“Will the surrogate want to keep my baby?” is a question that shouldn’t haunt you. (“Shanghai Surprise” should *definitely* haunt Madonna, but that’s a story for another post.) As we’ll go through here, many safeguards and guardrails have been put in place to make sure that a) IPs are fully protected, and b) surrogates are carrying children on behalf of other parents for all the right reasons.

‘M’ but not for Madonna

We land on those better choices sometimes when failed efforts spark reform. The ‘Baby M’ case from 1985 is one such example of an effort that started with good intentions but which went quickly sideways. In a nutshell: surrogate-to-be Mary Beth Whitehead was to be impregnated and carry a baby on behalf of William Stern, whose wife suffered from MS— which could pose risks to the health of the mother and baby. From The New York Times:

Ms. Whitehead agreed to be inseminated with Mr. Stern’s sperm, carry the pregnancy to term and then yield parental rights to the more affluent Sterns. But after the birth of a girl, referred to as Baby M in court papers, Ms. Whitehead had a change of heart. She chose to forsake the $10,000 and keep the girl.

Much like the aforementioned Madonna song, outrage over Baby M came from all corners of the ideological spectrum; the case was adjudicated in New Jersey (not a bastion of conservative policy, to be sure) and the state’s Supreme Court invalidated the surrogacy contract.

I’m just a layperson who observes legal machinations closely, but the Court appeared horrified by how methodically crafted contractual language could result in harm to a newborn child, and to otherwise well-meaning future parents.

New Jersey’s top court’s judgment, though, showed empathy for Baby M, and ultimately awarded the Sterns full custody of Baby M—who now goes by Melissa Stern and hasn’t made many public statements other than to say she loves her parents greatly and that they are her “best friends.”

Baby M case—as with court rulings past, present and future—was a legal kerfuffle that informs responsible, conscious surrogacy practiced today. “Traditional Surrogacy” is a bit of a misnomer because, as the surrogate is also the egg donor, the legal precedent of Baby M has made that arrangement a risky proposition. For that reason, surrogacy agencies, for the most part, do not support that avenue.

Gestational surrogacy—where egg donor and surrogate are intentionally different—creates an invisible boundary between surrogate and baby, whereby your genetic link is the point of the process. This is better for two reasons: first and foremost, you’re not sharing genetics with a surrogate with whom you’ve engaged in a fiduciary contract. Second, surrogates can elect to do this magical wonderful selfless act to help their own families while simultaneously helping IPs actualize their dreams.

Trust me, you want to be protected throughout this process. From legal and logistics to state-specific hurdles concerning same-sex and single-parent surrogacy, agencies are a huge benefit to IPs:

I was able to focus on readying the homestead for my future-and-treasured little ankle-biter because Circle Surrogacy had handled all critical legal stuff on my behalf. They (rightly) pushed me to draw up a new estate plan but, other than that, they handled all the needed legal issues that normally fly over my head like a kite. Just remember working with an agency can get quite pricey; the cost, as they say, is worth it for peace of mind.

And you can listen to Madonna without any worry whatsoever.

Do you want to learn more about becoming a dad from experts, and also from couples who have been there?

Will Pollock is a freelance multimedia journalist, author, blogger, humorist and producer based in Midtown Atlanta. For more than 4 years he’s been blogging at CrankyYank.com and contributing to other national publications. Visit his blog to check your voter registration and he urges you to get politically active. He welcomes any feedback or questions on this post and you can follow him on Twitter: @bywillpollock