PCOS and the LGBTQIA+ Community 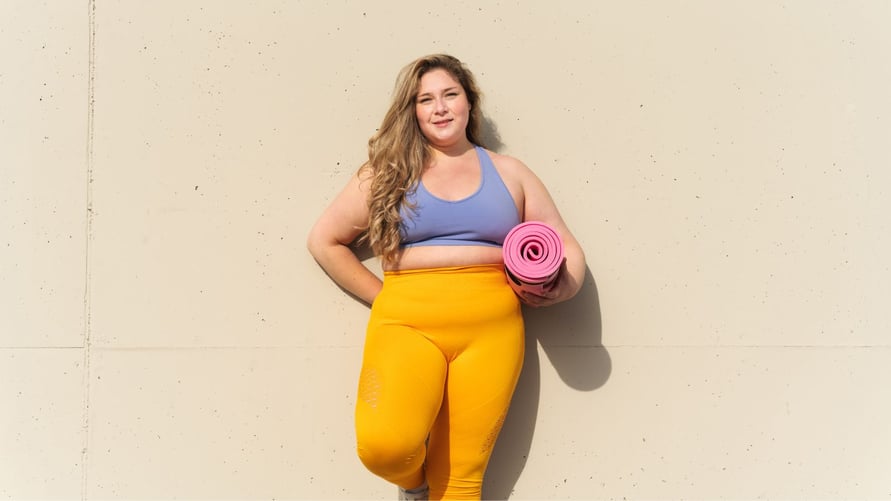 Many people don’t know what Polycystic Ovary Syndrome (PCOS) is or how it can impact the lives of those it affects. However, for the up to 15% of those assigned female at birth who do suffer from the syndrome, “life-changing” only begins to describe the condition. For many ciswomen, trans men, and others in the LGBTQIA+ community grappling with PCOS, it can have a big impact on their daily life.

While PCOS is one of the top causes of female infertility, it can also cause other health challenges.

PCOS has a long list of ways that it exhibits itself and can be very specific to the person who has it. A person must have two of the following three criteria to be diagnosed with PCOS (in exclusion of other diseases, ruled out by simple blood tests).

What are the symptoms of PCOS?

In addition to the criteria above, individuals with PCOS may experience some, or a combination of, the symptoms below:

Note: Even though PCOS is common among people born with ovaries, physicians may not immediately recognize the symptoms as being indicative of PCOS   – so the syndrome often goes undiagnosed until later in life.

Unlike many other syndromes and conditions, with PCOS, you can make a noticeable difference with lifestyle modifications. Things like exercise, nutrition/dietary choices, supplements, meditation, yoga, and support groups, have an impact on symptom management.

If you or your partner think that you might have PCOS, please speak to a doctor before making any lifestyle changes or taking any supplements. Click the button below to schedule a consultation with one of our physicians.

Is PCOS more common in the LGBTQIA+ community?

It seems that members of the LGBTQIA+ community are more likely to face the challenges of PCOS than their straight counterparts. According to Dr. Rina Agrawal’s study of 618 patients, “Initial results are also suggestive of a significantly greater hyperandrogenism in lesbians compared with heterosexual women.”

There has been lots of pushback from the LGBTQIA+ community, as it seems that these studies might lead people to believe that lesbianism is linked to, or caused by, PCOS. Lauren Strapagiel asks, “Why is science so obsessed with trying to find the cause of queerness?”

Gretchen Kubacky, PsyD, goes on to remind us that a link between PCOS and the queer community should not be taken as causation: “For starters, it’s important to make it clear that this study is NOT suggesting that PCOS is caused by lesbianism, or that lesbianism is caused by PCOS. Say it with me now: correlation is not causation!”

In addition to a high occurrence of PCOS amongst LGBTQIA+ people born with ovaries, there are a few other factors that lead to under-diagnosis and treatment of the condition within the queer community.

For years, the LGBTQIA+ community has been fighting an uphill battle against inequality, exclusivity, and a lack of openness with healthcare providers. Thankfully, the tide is turning as more and more physicians understand the importance of offering inclusive care, no matter who their patient is.

However, there can still be a lack of trust between members of the LGBTQIA+ community and medical professionals - and for good reason! Many people have had negative experiences with healthcare providers, had their concerns downplayed or ignored, or simply not felt welcomed or accepted by medical professionals. That said, as things continue to improve, the likelihood of individuals getting the care they need, (especially for conditions like PCOS, where early diagnosis and management can be key) will hopefully increase.

Here's how to look for an inclusive provider:

In addition to communication barriers, PCOS is still misunderstood or misdiagnosed by many physicians. For example, for patients in bigger bodies struggling with weight (a common symptom of PCOS), measures are often taken to address that one symptom, rather than uncovering and treating the underlying disorder. For others, irregular periods may have just become a part of their life – not something that they feel the need (or feel comfortable) to communicate with their physician.

Finally, many lesbian, bi, or queer women or trans men (as many others in the community), do not typically have oral contraceptives prescribed to them as a form of birth control. This is one of the few medications that have been shown to pause the progression of PCOS symptoms.

Ashley Levinson of @PCOSgurl, who is a longtime PCOS activist and advocate, shines a light on the genetic component of PCOS through her own experience and that of her child, Hannah.

1. Given your own PCOS diagnosis, were you on the lookout for symptoms in Hannah?

I think from the time Hannah was born, I saw indications that made me realize she had hormone imbalances, such as excess body hair, acne as a teenager and irregular cycles from the start of menarche.

2. Did you have concerns that they would get lesser or different treatment because Hannah identified as LGBTQIA+?

You always hope that isn't the case when it comes to your child, but when the continual language for this condition points to women of reproductive age, it tends to isolate those not looking to have children or those who may not identify as female. So much of the culture around PCOS focuses on infertility that patients regardless of their identity fall through the cracks if they are not trying to conceive.

3. Do you feel there’s enough being done specifically for the LGBTQ+ community? What would you like to see?

No. I think many in the LGBTQIA+ PCOS community feel like they are separated from the community as a whole. There is a culture that says you must be female to have PCOS. We know that is simply not the case. There are those who do not identify as female, even though they were assigned female at birth. There are men who have transitioned who experience PCOS symptoms. I know that may be an uncomfortable conversation for some, but it is a real aspect of life and our community. Anyone living with PCOS should have access to best care practices and support from others dealing with the same syndrome.

Want to learn more about PCOS & the trans experience?

Next, Hannah shares their perspective:

1. You grew up with a mom who’s a PCOS activist, do you remember hearing about it from a young age?

Yes, I remember her talking about PCOS and the possibility that I would have it. She prepared me for what ultimately was my diagnosis.

2. Do you feel there’s enough awareness in the LGBTQIA+ community about PCOS?

There is knowledge of it, but nowhere near enough. It’s not a commonly discussed topic in the LGBTQIA+ community.

3. Why do you think PCOS isn’t talked about in the LGBTQIA+ community?

In the PCOS world, there are many instances of members of the LGBTQIA+ community feeling that their opinions or experiences are not valid or acknowledged. There is this notion that PCOS is a condition for only women of reproductive age, that leaves all those who feel differently about their sexual identity left out and ignored.

4. What would you want to say to other queer or non-binary people about PCOS who’ve never heard of it?

This syndrome goes deeper than just women's health. Regardless of how you identify, PCOS may affect you.

5. Do you feel that PCOS affects you differently than it would if you were straight?

Physically no, but emotionally...I'm not sure. It's hard to picture myself in that light.

6. Any feelings that PCOS might be linked to your identification as a nonbinary person?

I think there are some, yes. Before I came out as non-binary, I always felt more androgynous. I felt different because my body developed differently than a lot of my friends' did.

7. Have you found an LGBTQIA+ PCOS community that you feel comfortable discussing the health and symptom challenges you face or will face?

Sadly, no. I have yet to find a group within the PCOS spectrum that has made me comfortable discussing my symptoms.

8. Are you concerned about PCOS and becoming pregnant should you choose to try to?

I don't think I'll reach that point. My mindset is more masculine, so pregnancy isn't something I'm thinking about right now.

9. Has a doctor ever spoken to you about PCOS and pregnancy?

Yes, and I usually shut it down fast.

10. Have you had experiences with doctors that you feel are discriminatory?

I've never had a doctor make me feel invalidated, but it’s sometimes difficult to explain my situation and that my experience is not necessarily a feminine one. I am not a feminine person, so my ideas on treatment are very different.

11. What aspects of PCOS have been particularly troubling to you?

The mental health aspect, as I struggle with anxiety and ADHD. I feel that people fail to realize PCOS is a syndrome, and also affects the chemical makeup of the brain. Mental health in the PCOS community needs more attention and support.

12. What do you think of the idea that you’re queer because you have PCOS?

I don’t like that idea. Because people shouldn't have to associate a reason with being queer. That statement makes me feel like it's a symptom or makes me broken. This is a choice and preference which should not be associated with physical health.

13. When you notice other people or friends who have certain visual signs of PCOS (hirsutism, acne, are overweight, etc.), do you share your own history and story? Why or why not?

I usually do not discuss PCOS unless someone asks me. Simply because I do not want to be defined by PCOS or be held back by it.

It doesn’t feel like a burden, but rather a thorn in my side. Currently, I have few symptoms that bother me, and I've learned to manage and overcome symptoms instead of letting it consume me.

A big thank you to Ashley and Hannah for sharing their perspectives on PCOS from an LGBTQIA+ lens! Learn more about Ashley's PCOS advocacy work here.

We've briefly touched on the unique challenges trans folks often encounter around PCOS, but there is much to be said about healthcare providers' lack of education around trans issues, how trans patients are evaluated and treated, and more.

In an article from Clue about the trans and non-binary PCOS experience, one PCOS patient shared their thoughts:

I have not felt listened to by most doctors and I have not had any regular check ups in almost a decade because I have anxiety about coming out to a doctor. I just go to urgent care if I am concerned I might need a prescription, and there I don't disclose anything about being trans or queer. I would change the responsibility of finding culturally competent health care from the patient to the providers themselves; they should have a way of disclosing their experience and competency so that I can know before calling or walking in that I will be treated with respect instead of having to do research or wait for months to get an appointment at a queer-focused medical facility.

Clearly, there is still a long way to go before all people are able to access and receive the healthcare they need!

Want to speak with one of our PCOS experts?

The bottom line? Increasing PCOS awareness and education (both for those in the LGBTQIA+ community and the medical community) is essential. This will increase the likelihood of diagnoses being made in a more timely fashion, which will then lead to appropriate treatments being offered by doctors as soon as they recognize PCOS symptoms. When more people understand this complex condition and the range of folks who can be affected by it, all people with PCOS will benefit.