The Path to Gay Adoption | Part 3

Previously on The Path to Gay Adoption | Part 2, Nicholas and Paul discussed the emotional ups and downs of the legal process for adoption. 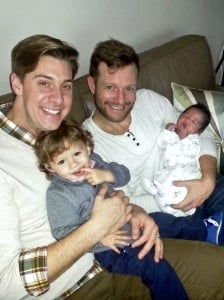 November is National Adoption Month. Nicholas and Paul – a gay couple in the Northeast – would be happy to celebrate it. Except they’re too busy raising their 17-month-old son, “J.” And finalizing his adoption. And adding “R” – a soon-to-be adopted boy born just a couple of weeks ago – into their family.

Over the past several years, Nicholas and Paul have learned a lot about the adoption process. It’s a chance, Nicholas says, “To have a child who may not be wanted by – or taken away from – its birth mother. You can give that child the life it deserves.”

At the same time, “You can create a family. A family is determined by love, not biology.”

The couple has learned that adoptive parents must be true to themselves. "You have to know exactly what you want. It’s okay to say ‘no’ if the child is not right for you and your circumstances.”

He adds, “Your child will find you. From the day we met J, we knew he was ours.” They feel similarly about R. 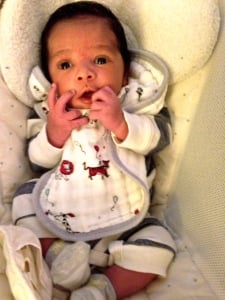 In 2014, adoption carries far less stigma than it once did. Many of Nicholas and Paul’s gay and lesbian friends have adopted. Heterosexual friends have supported the couple throughout their journey.

That journey has taken a while. It has included becoming licensed as “foster-to-adopt” parents in New Jersey, adoption classes, meetings with state resource workers – and recently, a meeting with the birth mother of J and R.

“She saw how attached J is to me,” Nicholas says. “She saw I’m a good person, and that J and R will be in good hands.”

Nicholas knows “She is a good person. She just is not in a position to raise her children. She realizes it’s in their best interests to surrender her rights.”

After the meeting – and with her blessing -- Nicholas and Paul went to court. Now all that remains before the adoption becomes final is formal paperwork.

Yet, Nicholas says, he knows that until that paperwork is complete – and during the time it will take to formally adopt R – “Paul and I are caring for a child we may not be able to keep.” Still, their love for J, and now R, carries them through those uncertain times. 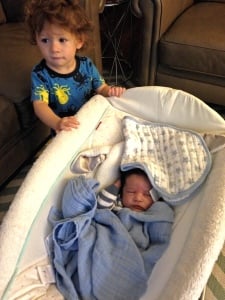 The Meaning of Adoption

Some people praise Nicholas and Paul for “saving” J from a potentially difficult life. Nicholas says that’s not what adoption is about.

“We gave him love, and he gave us love,” Nicholas explains. “And a chance to be a family.”

That family would celebrate National Adoption Month – if they had time. Right now, their days are as hectic and joyful as any other household with two working parents, and two wonderful kids less than 18 months old. 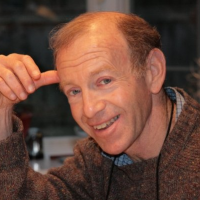