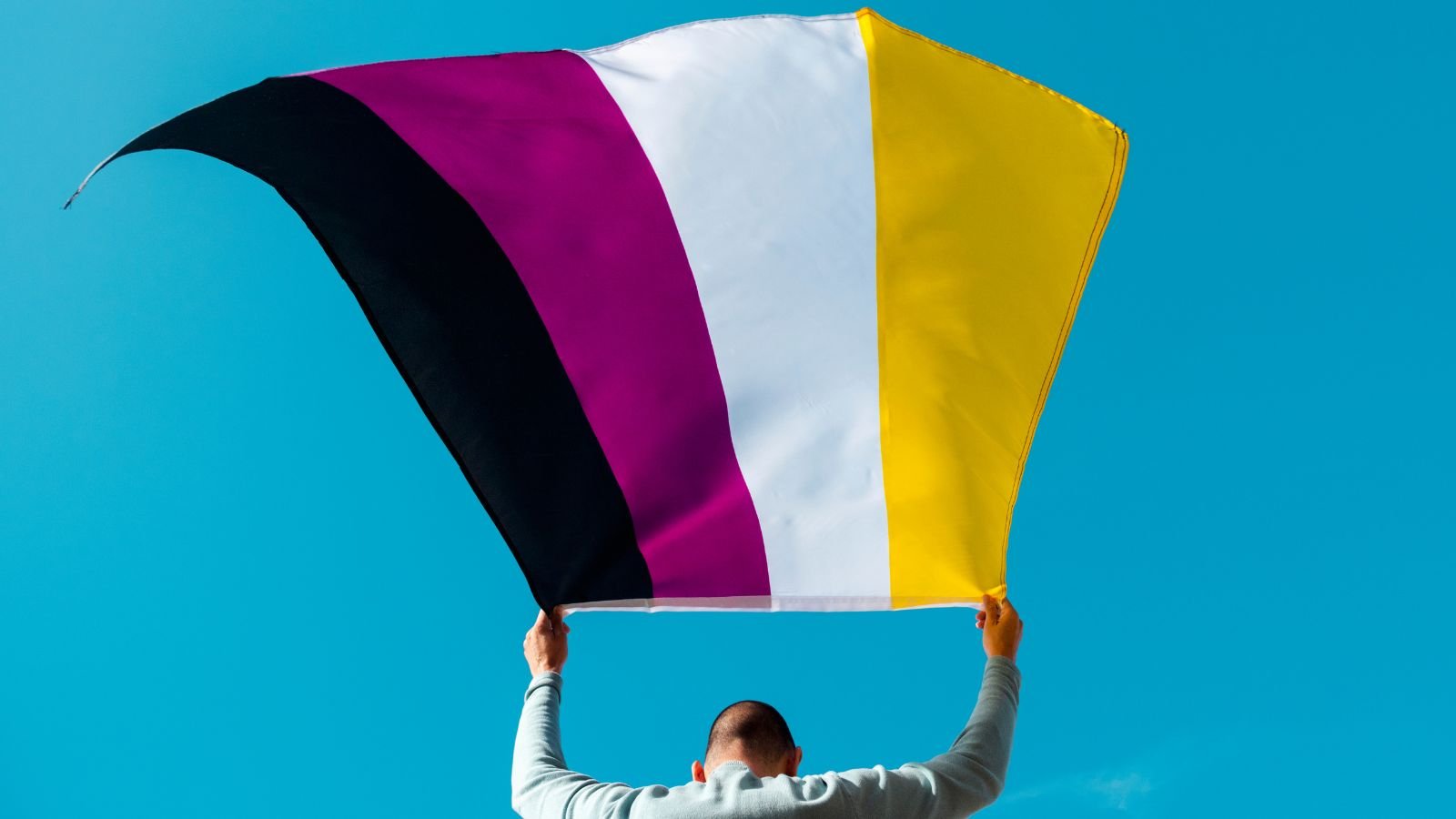 In honor of International Non-Binary People's Day, let's talk about the current state of non-binary and trans healthcare, unpack why gender and sex are so closely tied together, and explore some actionable ways healthcare providers can offer more inclusive, welcoming environments for non-binary and trans patients to get the care they deserve.

A U.S. survey conducted in 2019 by LCSW gender research expert Mere Adams, Modern Fertility, and the app Her aimed to show a view of the Modern State of LGTBQ+ Fertility. The results showed that 52% of non-binary, transgender, and gender non-conforming people surveyed are uncomfortable talking about fertility with their healthcare providers.

By comparison, only 18% of cis women and 36% of lesbian women felt uncomfortable having these discussions. So why is there such a higher spike, more than half again, for people who identify outside the gender binary? And what are some ways healthcare providers can help lower that number and provide a more safe, welcoming environment for these conversations?

Our society has intrinsically tied gender identity and biological sex together, and it’s up to us to untangle it. Even before we’re born, an assigned gender identity based on our anatomy is often announced on social media in a puff of pink or blue smoke.

When we go to the doctor as children, we are treated as girls or boys – and all girls have vaginas and uteruses, while all boys have penises and testicles. No other combination of gender identity or biological bodies currently exists, especially when it comes to the medical field.

As a non-binary person, I know I feel nervous about conveying my gender identity in a medical setting. It feels like I have to put my gender identity on a shelf in order to talk with a healthcare provider about my body’s needs. But if patients can’t trust their doctor with such a huge part of themselves, how can they be truly vulnerable and open about what they need in a medical appointment?

I’d like to outline three simple ways that healthcare providers can help their patients outside the gender binary feel more comfortable during their visit. Let's explore them together.

Disclaimer: Every person is different and what makes them feel comfortable is different, so these tips, I hope, are generally helpful - but will not apply to everyone.

3 Ways for Healthcare Providers to Be More Inclusive

When I’m in the waiting room filling out forms at the doctor’s office or clinic, it’s such a relief to see inclusive language and options related to my gender identity.

For instance, instead of just “Gender” and Male/Female options, sometimes there are separate Gender Identity and Pronouns sections, with more than two selections as well as a write-in. Including a write-in option on forms gives people space to tell you who they are, perhaps outside of your own personal knowledge and biases.

In terms of indicating my biological sex, if that’s necessary for the appointment, I don’t mind checking off a category (that’s my personal feelings about it though, and everyone feels differently). But instead of just saying “check one” under the male/female option, I feel much better when it’s phrased in a way that makes me feel understood – something along the lines of “For healthcare purposes, what is the biological sex you were assigned at birth?”

Sidenote: For this question, I almost never see “Intersex” as an option in addition to “Male” and “Female.” Let’s change that!

Cis men and women who enter a doctor’s office don’t have to worry about whether anyone in the office will know how to use their pronouns correctly – and it would be great if we could do the same for people who use other pronouns too. So if a non-binary person comes into the office and selects “they/them” as their pronouns, that’s not just for show. They should be able to expect that their doctors are actually going to use their pronouns.

A note about practicing and using different pronouns: If you make a mistake and misgender someone, that’s OK. People make mistakes. The key is not to put the emotional burden of that mistake, as much as possible, on the person you misgendered.

Non-binary writer Desmond Meagley writes for Teen Vogue, “That’s okay! It happens to everyone. It takes time to adjust to new ways of speaking and thinking. Getting really apologetic or changing the subject to how difficult you find my pronouns won’t make me feel any more comfortable after I’ve been misgendered. Don’t tell me that you’re trying, show me. Try, and then if you get it wrong, correct yourself and move on.”

Sex and gender are two very different things. Sex is the biology of your body and gender is how you identify. So when we’re talking about bodies, one of the best ways to be a non-binary/trans ally is to use language that separates those two. I don’t think I’ve ever had a doctor or healthcare provider do this for me, but I know that there are doctors and healthcare providers out there that do.

So if I’m a non-binary patient looking to talk about fertility and pregnancy, I want to work with a healthcare provider who doesn’t equate having a uterus to being a woman. Family-building in any form is an incredibly personal undertaking, and I want someone by my side who will make every effort not to misgender my body directly or indirectly.

If we want the next State of Modern Fertility survey to show a great number of non-binary and trans people are comfortable going to the doctor, we have to make inclusive changes, actively. I hope these tips help and provide you with a good place to start.

And if you're a non-binary or trans patient, I hope you have a provider you feel comfortable raising these ideas to to help them be more inclusive in their practice as well. The burden certainly shouldn't fall on us, but since it often does - I hope you feel empowered to speak up and encourage your practitioners to rethink the way they discuss sex and gender in healthcare! 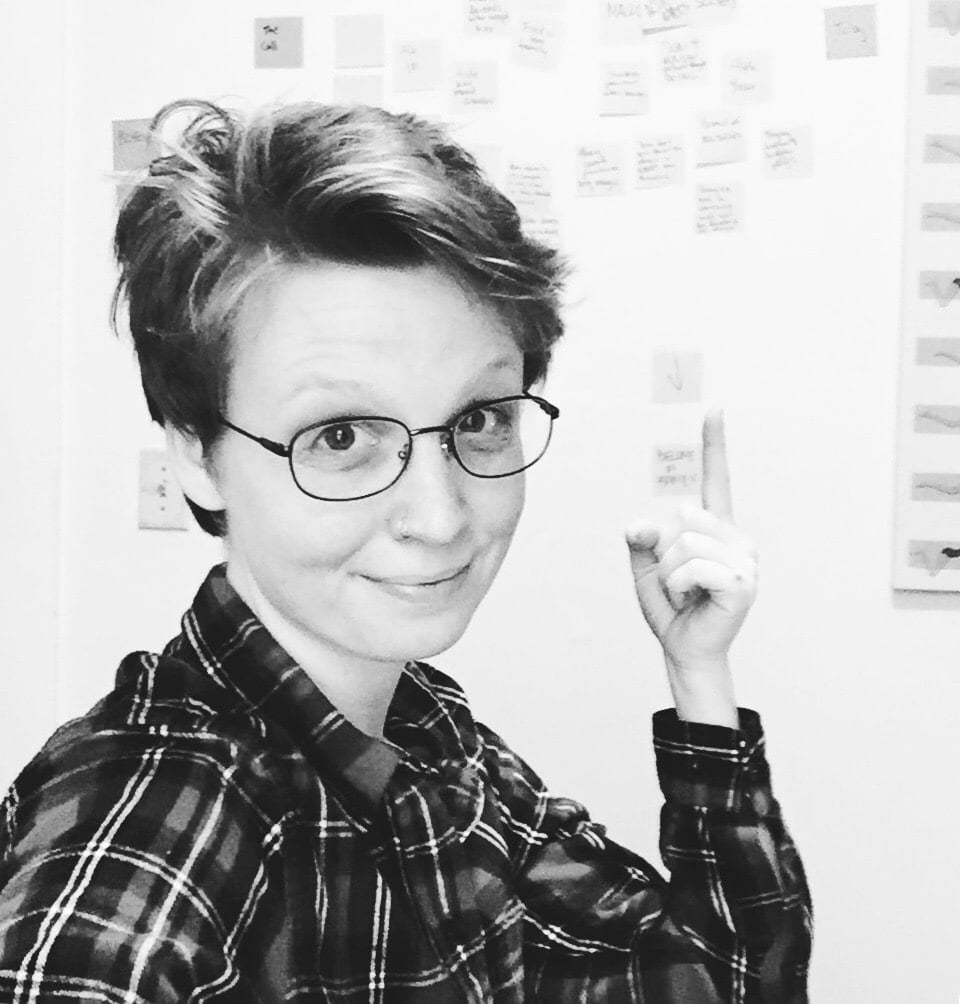