Father's Day | The Joy & The Journey


Celebrating Father's Day, Sunday, June 15th, Dr. Mark Leondires, Medical Director of Gay Parents to Be, reflects on his own journey as a gay parent.  Learn about his rewarding experience of being a father of two. 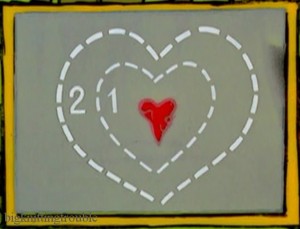 Flash back.  My teenager years.   I had always assumed I would have a family of my own.  However, the journey was a circuitous path finding the right person to build a family with, meeting my husband-to-be, and discussing children – all the while sitting across from other heterosexual couples and gay men in my office who were taking charge of their family building goals, and then taking the plunge.

Once my partner, and I decided to take the leap to become parents I went from the doctor calling the shots to the patient hoping it would work.  As gay men needing a surrogate, and an egg donor we were confronted with contractual arrangements, financial decisions, having to find and matching with a gestational carrier, and agreeing on, who would be our egg donor.  These were difficult decisions that we would live with for the rest of our lives.  After years of counseling patients about these items and now having to process them myself, I realized the stress, and excitement that these decisions had been creating in my patients for years.  Some of the decisions were easy; others more difficult.  Regardless, we had taken the leap and were committed to the process.

Thankfully, in 2010 after an initial unsuccessful cycle, we were finally pregnant and on our way.  As both an obstetrician gynecologist and a reproductive endocrinologist, I was aware of all the things that could go wrong, but I was still beyond excited.  Our first son, was born in August of 2011 and on that day, my heart grew larger.  If you can remember the story of the Grinch who stole Christmas, the Grinch’s heart grew dramatically at the end of his ‘journey’  (I was never a Grinch though!).

I thought I knew what it would be like to have a child. I have nieces and nephews who I love dearly.

To be a father is a life altering experience.  It changes your perception of your past, dramatically your present (sleep is over-rated), and your goals for the future.  Two nights ago my 2 sons, at 7 months and 2 1/2 years old, were playing in their room after their bath.  They were laughing, rolling around, and just purely joyful.   I took the hand of my husband, eyes welling up, and my heart grew even bigger.

So I wish all the fathers, fathers-to-be and my own father a wonderful day full of fun and joy.  I  strive to be the best father to my children.   I also want to thank all the egg donors, surrogates, and IVF professionals who have made this process a reality for the LGBTQ family.